Bandpass filters are used to effectively reduce strong signals outside the operating band. This reduces noise and in-band noise, in a receiver there is a much lower risk of producing unwanted signals in the mixer. This gives better overall reception.
On the transmit side, spurious emission signals are suppressed as well, reducing interference with the neighbouring stations. The 160m high-pass filter reduces all signals below 1700 kHz (medium and long wave band) which in turn reduces the load of strong broadcast stations on the receiver input and leads to better reception.
Bandpass filters are often used at contest stations, for example in Multi/Multi or Multi/2 setups. Built also smaller stations with one operator and two stations (SO2R) can benefit from good filters by reducing the interference between the two radios. Hunt for contest multipliers on one band while transmitting on another band!
The Competition variants of the bandpass filter have significantly steeper skirts, i.e. much higher attenuation outside the pass band. This is necessary in situations where for example contest stations are located nearby.
The ultra-high power version is constructed in a solid aluminium housing with high Q Mica capacitors to minimize internal loss and to optimize throughput.

The filters have PL (SO-239) or N female connections and are used with the help of a short coaxial cable directly behind the amplifier and in front of the antenna. Specify your choice of connector when ordering.
Ultra high power series: Impedance 50 Ω, size incl. PL sockets 150mm * 100mm * 65mm. 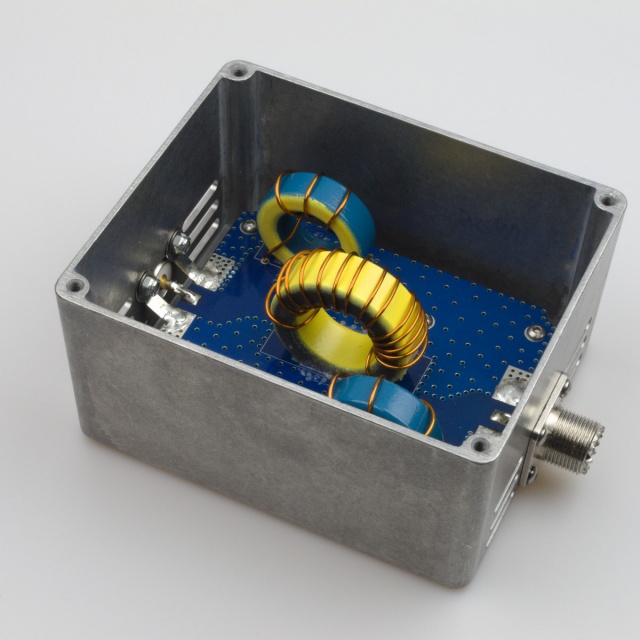 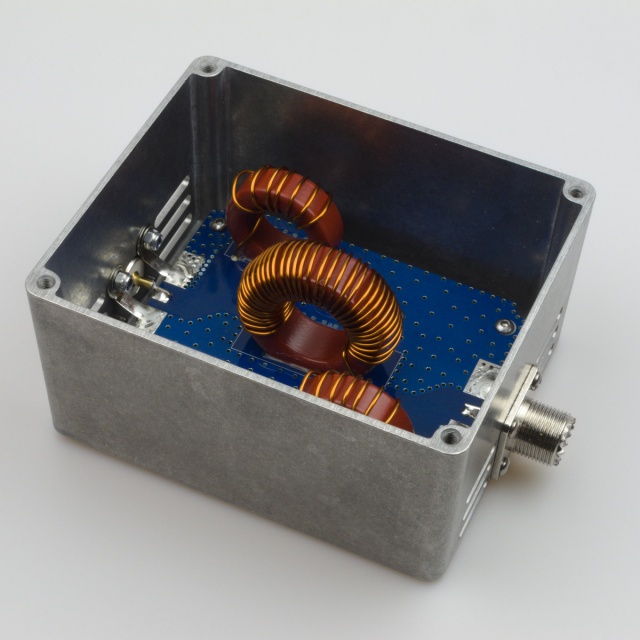